Updates to Trick's profile since your last visit are highlighted in yellow. 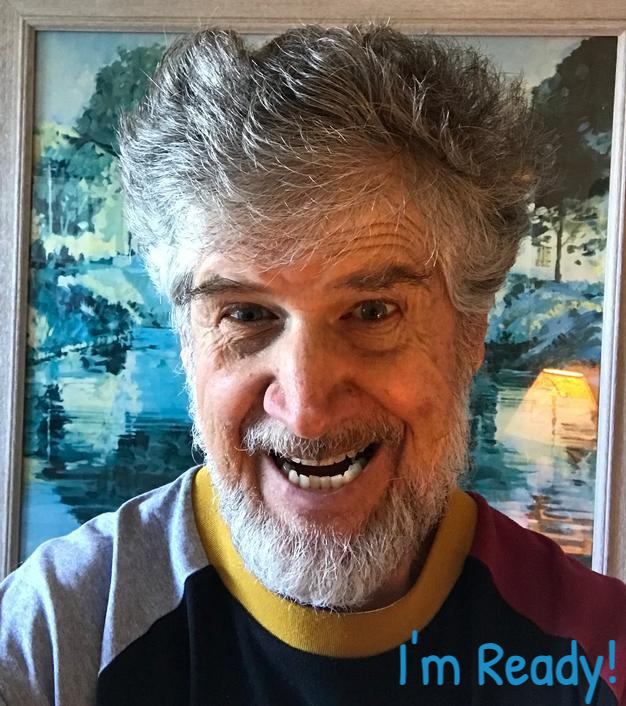 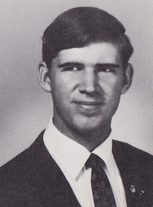 After graduation I attended Foothill College and San Francisco State University. I met my future wife Cindy, a Cubberley class of '70 grad, in the midst of my senior year at Paly and we married four years to the day of our first date (NYE of 1972). My job at the time we married was with Deluxe Check Printers in Campbell while living in Fremont CA. That job ended when we moved to Angels Camp in Calaveras County shortly after the birth of our son Owen. Our daughter Erin was born in 1981. After working at several jobs in that area I became employed with Calaveras County Social Services which later became Calaveras Works and Human Services. I retired from that job after 27 years, most of them as an Employment Specialist with Families with Dependent Children. I was also a Calaveras County School Board trustee for 23 years during that time. We lost Cindy in 2001, which was a shock to our family, friends, and everyone who knew her. Four years after that I began a certificate program in Music Business at San Francisco State Extended Learning and drove there weekly for the next four years, completing the program just before I got an unexpected opportunity to retire from my job with incentives due to the severe recession that occurred in 2007-9. I then spent my time in San Jose with a person I was with at the time and started working doing publicity and promotion with some venues and doing the same on Facebook through my page, The Grapevyne, in support of the local music community in the wider Bay Area. I still do that and basically go to music every night. I still have my house in Murphys, which my daughter Erin and her husband live in, but I spend most of my time in Moss Beach living with Chris, whom I met in 2012. I am very proud of my children. My son Owen, who lives on Treasure Island, is now an attorney who works with a firm that has gotten very involved with providing assistance to victims of both the North Bay and Camp fires, for which he has been the point man working directly with those people. Daughter Erin, a professional juggler, is employed by the International Juggling Association. since 2011 she has developed and grown her concept of International Juggling Competitions of which she is the director, and in which several competitions are held in various parts of the world annually. I call her our American Juggling Ambassador. I was thrilled when in 2018 the Paly Juggling Club had their first annual juggling festival to which Erin was invited, and to which I got to come see my daughter perform on the new performing arts center stage of my alma mater.
Nowadays I go by a nickname, Trick, which I acquired while working at a music festival in Georgia in 2002. After all, I am Patrick, born on Halloween, and I have a trick in my name. Trick or Treat!

I am a survivor. While there are some cool things that happened while in school at Paly, my main interest there was the vocal music program. One of my favorite, and unique, things that occurred while being in choir and particularly in Madrigals, was during Christmas time of my senior year. Miss Marjorie Klein, our choir director, had arranged for our eight-member group to perform for customers during the holidays at Saks Fifth Avenue in the Stanford Shopping Center. The store gave money to our music program for us being there several times after school and entertaining customers and staff throughout the store. On one occasion a man tracked us down as we were taking the stairs to another level and told us he wanted to see if we could perform at an event that would be held in January. We put him in contact with Ms. Klein and we were hired to be the singing door greeters for a Twelfth Night party at the home of the Mariani family (the mighty agricultural family in the upper Santa Clara Valley) in Los Altos Hills. That was pretty darn special and a memory that has likely lasted with all the group members.

Comment
Do you want to NEVER hear from a Paly Reunion again?

I've missed Jim, and now I'll miss him forever. Not really though; his keen-eyed spirit will continue to keep a watch on us all from his aperture in the heavens.

Because I get an opportunity to send you birthday wishes twice, in more ways than one, here's to you!:

Have you ever thought, ‘So it’s come to this, another year older’? Every year, you say? Maybe never? Keep that thought, whatever it may be. Or not. Ever wished birthdays didn’t exist? Those blowing out candles on a birthday cake (or pie)? If wishes were horses they’d always keep running. Just let them run their course. My wish for you on this, your birthday, is that it be as good or better than you could have ever wished for. I hope you keep THAT thought in mind your whole year long. Wishing you the most thoughtful Happy Birthday I can muster, my friend Betsy!!!